The Munich Manual of Demonic Magic 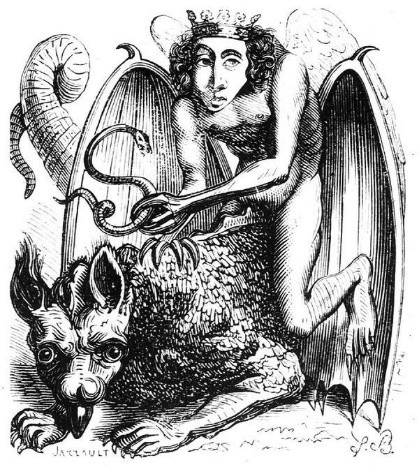 Also known as The Necromancer's Manual, this grimoire is the work of a 15th century German magician who wanted to produce a sourcebook for evoking demonic spirits.

The Munich Manual contains passages that describe sacrificing mythological creatures, but the most eerie component of this book is that it completely ignores angel folklore and focuses exclusively on black magic and descriptions of classical exorcisms.

The original is written entirely in Latin and is held in the Bavarian State Library, in Munich, though a few translations exist out in the world, causing havoc in their own right.

The tome is a smorgasbord of information on Black Magic and Necromancy. Any practitioner of Black Magic may gain a +1 effective level on their casting if casting from the Munich Manual. They also have access to all of the Black Magic spells available in the campaign.

Further, non-practitioners may gain valuable information on various abominations and beasts (except for angels) they come across in their travels. Access to the Munich Manual will grant the player a +4 to effective Academia: Occult roles for gaining knowledge of any abomination or supernatural beast—with the exception of angels.

The Manitou swarm around this Relic. Any use of the Relic (gaining a +1 to cast Black Magic, learning a Black Magic spell, gaining a +4 to Academia: Occult, etc.) places the user at risk of being controlled by a Manitou.

Draw a card from the Action Deck and consult the following chart to determine the Spirit of the Manitou encountered:

As per usual, the hero must make an opposed Spirit vs. Spirit, the Manitou vs. the Player.

The Munich Manual of Demonic Magic