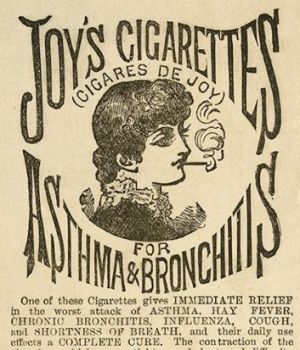 This past Friday, around noon, Paiute Springs saw one of the most deadly altercations in its short history play out on the main street of town.

Local gambler and raconteur, Roland Dupre, and his lady-friend and local scientist, Miss Geraldine Keeler, were strolling down the street with a purpose. According to Sheriff Lila Kimsey, the two were on their way to a meeting with Reverend Timothy Gage, patriarch of  our local church.

Along the way, the three were accosted to by three men in the employ of recently-prominent citizen, George Johnson. These men, later identified as "the Clay Brothers" (Jimmy, Lazarus "Lash", and Chance), surrounded the two erstwhile citizens in the street and began, according to the testimony of Sheriff Kimsey "verbally accosting" the pair in an intimidating manner.

While folks gathered in along the street to watch the altercation, Miss Keeler announced that she didn't have to answer the questions of "Jimmy Clay and his Harrowed brothers." Now, with the recent troubles in our fair town, the word "harrowed" takes on a very ominous meaning—it is whispered in certain quarters that another bad-man who had visited our town earlier in the year, Whisky Jack O'Donnell, was "harrowed"—a term that, as near as can be ascertained, indicates that the person in question should be joining the choir ephemeral and not walking about accosting folks in the streets. In fact, some folks think that our own former deputy, Ethan Jennings, who was fatally wounded in a firefight here in town, is, in fact, one of these "harrowed" men. 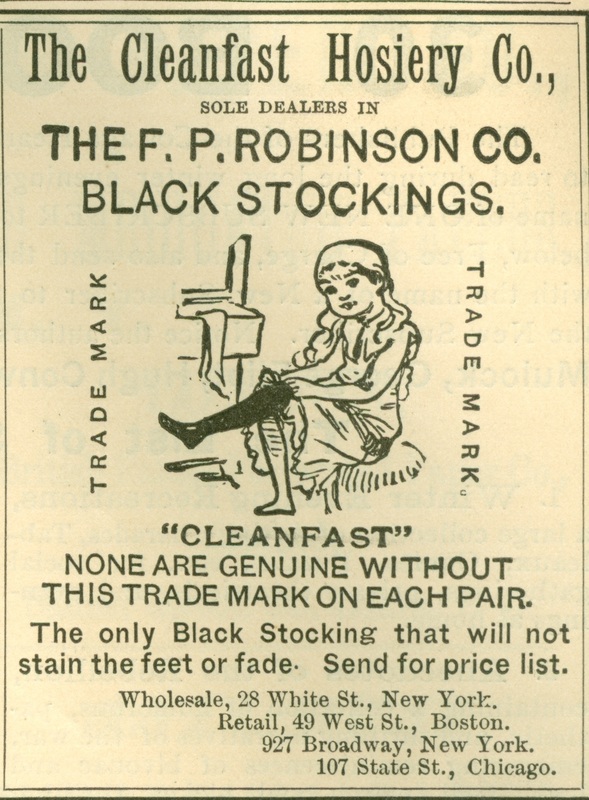 At any rate, our firebrand Miss Keeler was not impressed with the Clay Brothers. The man in question, ostensibly Jimmy Clay, indicated that she and her man should clear the street and return property not belonging to them to Mr. Johnson (it should be noted that Miss Keeler was carrying a large valise at the time). However, Mr. Clay used a term not to the liking of either Miss Keeler or Mr. Dupre in reference to Mr. Dupre's skin tone.

Quick as a viper after a cup of coffee, Mr. Dupre's gun was out and four shots were fired into Jimmy Clay's head. As was the want of the Clay Brothers, Jimmy Clay was wearing a white porcelain mask to hide his features. This mask parted in twain and slipped off the face of Jimmy Clay after the first shot, revealing what is reported to be a horror. His face was gaunt, sallow, and yellowed like old paper. Lips were peeled back to reveal rotten teeth. Glassy, blue eyes gazed out and met Mr. Dupre's steely stare. Despite Dupre's four well-placed shots, the man did not fall. In fact, one of the holes STARTED CLOSING AROUND THE WOUND!

This opened the floodgates of gunfire. Lash Clay drew two Peacemakers and commenced to firing into Mr. Dupre multiple times. Chance fired on Miss Keeler, who also drew a weapon and fired, to no avail. Sheriff Kimsey joined the fray from a distance with her Winchester, but by then it was too late—Mr. Dupre and Miss Keeler fell prone into the street.

Suddenly, more gunfire erupted from upper-floor of the Mercantile Store and from the alleyway nearby. Lionel Putnam, of the smithy and livery stable, and his two sons, both fired into the street at the Clay Brothers from the alley. From the Mercantile, David Allan's shotgun shells exploded into the fray. All of them meant business—they aimed, and hit, the Clay Brothers in the head with an explosion of brain, bone, and blood. 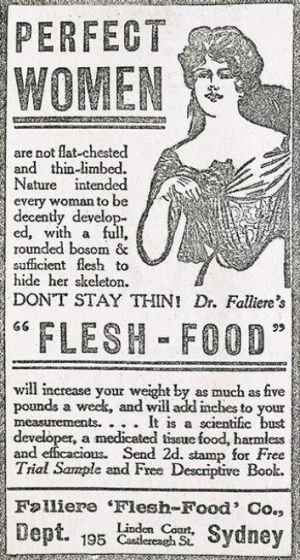 An eerie silence fell over the street. Some say a strange shadow fell over the scene and then flitted away, out of town. It's hard to say—it was a cloudy day. But, at the time of this reporting, the valise that Miss Keeler was carrying is still missing.

Miss Keeler and Mr. Dupre were rushed into the office of Doc Fabry, who purported to do all he could for them. Reverend Gage followed to give them peace, should the occasion require it.

At this time, Miss Keeler and Mr. Dupre are doing fine—Doc Fabry said it was the damnedest thing he ever saw and swore that he would be attending the new church more often, once the work is finished. Reverend Gage attributed their speedy recovery to "the will of the Almighty."

Mr. George Johnson is currently missing and unaccounted for. His two house servants, Magda and Hans Eisensee, are as mystified about the disappearance of their employer as the rest of the town.

Sheriff Kimsey states that, should he return, Mr. Johnson will be considered a person of interest in a unnamed conspiracy against the town. She refused to go into more detail about the case.

The bodies of the Clay Brothers, which, according to a report from the Arizona Daily Star from August, 1875, died in a gunfight with Texas Rangers outside of Yuma and were buried on "Boot Hill," were burned in a funeral bonfire outside of the town proper. There, words were said by Reverend Gage over the bodies, as well as the following:

"We find ourselves in the time of great miracles, and a time of great horrors. It seems our little town has been visited by more horrors than miracles of late. But we now find ourselves under siege by the forces of Evil. It is time to band together, under the Sword of God, to protect ourselves from the depredations of evil men—and whatever else awaits us in the darkness."

Jefferson to Step Down as Mayor 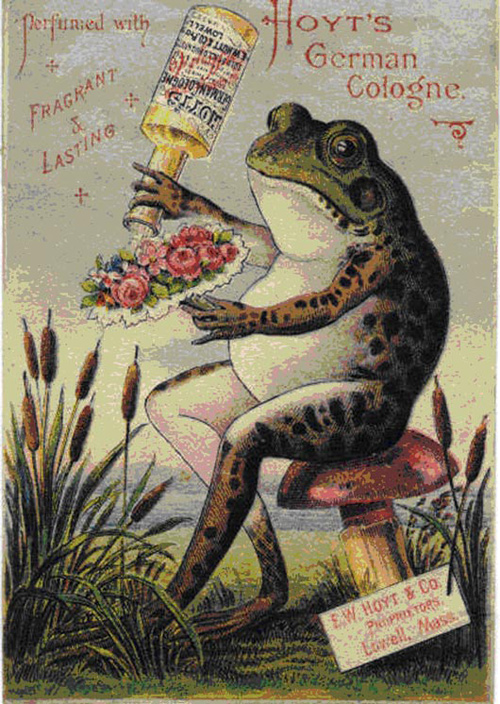 John Paul "J. P." Jefferson,  longtime mayor of Paiute Springs and owner of the Prince Royal Hotel, has announced that effective on January 1, 1877, he will be resigning from the office of Mayor of Paiute Springs. Citing "recent stresses and a desire to see democracy in action," Jefferson will be leaving the post after being elected three times into the position by the citizens of our town.

Jefferson's resignation forces the town to call a special election for a successor. According to Clyde Stevenson, Chair of the hastily established Election Committee, the election will be held on Tuesday, December 5, 1876.

All eligible males are encouraged to vote. Nominations for candidates can be submitted to Mr, Stevenson at the Land Assessor's office in the Braun building on Swain Street. 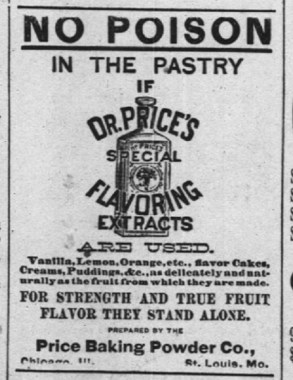 Our local eccentric scientist, Miss Geraldine Keeler, recently attended the Annual Meeting of the Great Basin Scientific Society in Virginia City, presenting her paper, "Looking to the Future: Ethics and Science in the New Age." While there, she was presented by the Society's Distinguished Service Award for her actions during an altercation at the Smith & Robards' Grand Expostion in Salt Lake City, Utah (Deseret) earlier in the year.

The Distinguished Service Award of the Great Basin Scientific Society is bestowed upon individuals who have been recognized as having supported the Society through service exceeding any normal expectation.  Award recipients have been recognized by the Officers, and acknowledged through awards made at the annual Society meeting.

The Officers may select and honor one Academy member each year for his or her outstanding service to The Society.

Daniel and Crosby to Wed

Congratulations are in order for Mr. Bartholomew Daniel and Miss Priscilla Crosby. The two plan to wed in a small ceremony, "just as soon as that wandering Judge gets back." Judge Perryman, the judge who serves the Paiute Springs area, is currently riding circuit and is due to return within a week.

Mr. Daniel is self-employed as an independent miner with a small stake in silver. Miss Crosby is the daughter of the late Horace Crosby and his widow, Heloise. They have a small home on Camp Road where Heloise performs a great deal of mending for the folks in town.

From the United States Wire Service 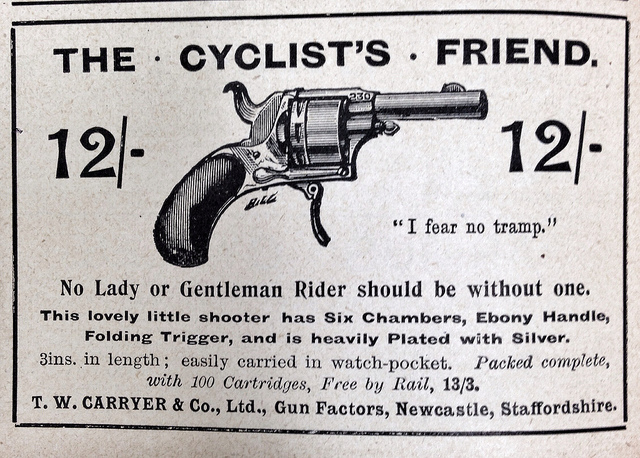 In a statement released today from Washington, President Ulysses S. Grant announced that, beginning on January 1, 1877, the contract between the United States government and the Pinkerton Detective Agency will expire. The contract will not be renewed.

Pinkerton agents have been used extensively in recent years to gather intelligence, enforce ordinances and laws, and help the scattered U.S. Marshal service keep the peace on the frontier.

"The agents of the Pinkerton Agency have served this country well. But it has always been a relationship based on the inability of this government to address certain concerns that, frankly, lie within its own purview, not those of the Pinkertons. My administration is now in a position to take care of this business in a manner which is prudent and necessary," President Grant said.

Boyce Wallington, a Democratic congressman from Illinois, expressed concern at the development. "What does this administration have in store for us, now that the Pinkertons are no longer involved? Sure, they were independent contractors, but at least there was some oversight. There has been no information forthcoming from Grant or his administration about how these 'concerns' will now be handled. That's a problem."

Officials at the Pinkerton Agency have issued no public comment on the development.