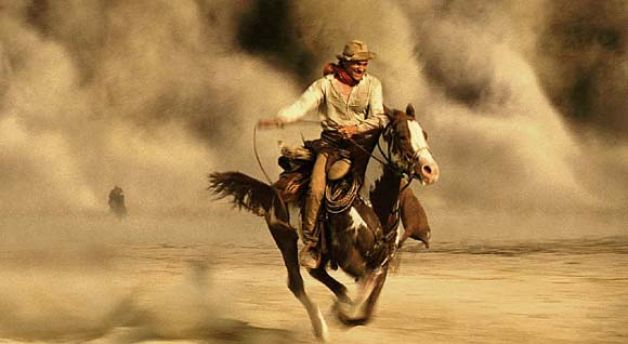 Into This World We're Thrown…

This Deadlands campaign takes place primarily in and around the community of Paiute Springs, Nevada, in rough-and-tumble Lincoln County. It's a mostly peaceful little mining town, with a few eccentric characters to keep things interestin'. But the folks there mostly get along to get along and there's little to fear directly in the town.

But there's a storm a-brewin'. And Paiute Springs is right in its path. Will heroes emerge that can defeat the evil that has its beady, glowing eyes on this pocketful of normalcy in the middle of the desert?

Source photos found via Google image search, in general used without permission, and digitally modified for our usage (claiming fair use: parody/pastiche). This is a non-profit site, no challenge real or intended to legally held copyrights. Please contact the GM if you would like your image/likeness removed or if you prefer different credits/notice.

Deadlands: Riders on the Storm Comments